Walk amongst the beautiful colours

The Courtyard garden is designed as a formal garden with a centre piece statue surrounded by coloured grasses. The scheme was to incorporate all the colours of the spectrum hence a yellow and blue border, a red and orange border and the soft pinks and mauves in the remaining border.

The three borders flower from June until the frosts. The rest of the garden, incorporating fourteen magnolias, many camellias and rhododendrons, and several other shrubs and bulbs, are spring flowering.

The pathways have only relatively recently been re-laid using granite paviours which once formed the platform of a local railway station.

The surrounding fir trees were all seedlings found in the garden and have made a more interesting backdrop than a conventionally planted leylandii hedge.

Check Opening Hours & Prices
Rated 5 out of 5
"We stayed here in early November and were greeted with warmth. The cottage was warm and well equipped and the bed very comfortable. The weather was exceptionally bad with storms so the cafe wasn't open but there is a Tesco and Lidl just up the road and we had fish and chips one evening (also up the road). The gardens are beautiful and free to roam if you stay in the cottages. Dogs are welcome on a lead. We visited Mevagissey, Charlestown, Carlyon Bay, Fowey, Port Mellon, Pentewan. We will definitely return!" 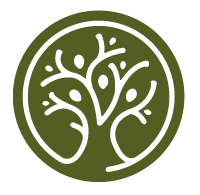 Diana
Trip Advisor
Rated 5 out of 5
"Just on our second night in one of the garden cottages which we used for a base to visit the nearby Eden project with our two teenage sons. When we arrived the staff showed us to our dedicated parking space and we were in time to have a coffee and snack in the garden cafe which is really nice. The weather has been pretty awful but the gardens are very beautiful with some very ornate features and at dusk there the deer can be seen close by coming for a forage."

Andy
Trip Advisor
Rated 5 out of 5
"Having read other reviews we were surprised at the variety of plants and garden areas in what s a relatively small area. The various garden areas were packed full of interesting plants and we particularly enjoyed the Winter Garden. Although it was not very busy, we felt at times that we had it all to ourselves. The lake was a tranquil spot with plenty of wildlife. While September was probably not the height of the flowering season there were plenty of plants that were spectacular. The cafe was welcoming and the staff very friendly."

Sue
Trip Advisor
Rated 5 out of 5
"Visited in February to take advantage of free entry for Heligan Pass holders. Went with friends and 2 dogs. Very warm welcome in the cafe where we had a good lunch and the dogs were given biscuits. Then strolled round gardens which had lots of interesting variety, including lake full of Canada geese. Returned to cafe for coffee and selection of cakes. Intend returning to buy a locals" pass. A calm haven"

Happy Guest
Trip Advisor
Rated 5 out of 5
"A truly memorable visit on a very cold February day. This beautiful garden, just outside St Austell, is open every day and provides an opportunity to enjoy some outstanding planting. The Winter garden was such a joy with its many colours and winter flowering plants, many with delightful fragrance. We would highly recommend a visit."